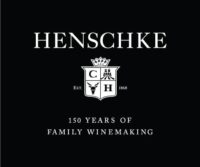 Australia’s Wine List of the Year Awards were established in 1994 by Tucker Seabrook, Sydney’s first Wine and Spirit Merchant (established 1838).

The aim of the Awards is twofold – to recognise and reward the enormous investment by restaurant owners, managers and sommeliers in the time, skill and resources that go into developing the best quality wine lists and teams and the cellars behind them.  At the same time the Awards recognise, pay tribute to and reward the dedication and talent of those individuals, those sommeliers who create these lists for Australia’s best restaurants, hotels, clubs, wine bars, pubs and cafes – large and small.

Peter Forrestal, current Chairman of Judges and Chair since taking over the role from Huon, and a member of the judging panel since 1994, endorses Huon’s comments and salutes the rise to prominence of Australia’s sommeliers over the past 20 years particularly. ‘Not only does Australia now boast an abundance of sommeliers but those we have are as well educated and as experienced as those of any country in the world. They have been fortunate to have a vigorous and enthusiastic industry body in Sommeliers Australia and strong support from international organisations such as the Court of Master Sommeliers and the Wine & Spirit Education Trust.’

Importantly, the Awards have also had an impact on the public’s interest in fine wine generally and have improved their appreciation of those establishments which have successfullyparticipated in the Awards over the years and been celebrated.

A love letter to wine if ever there was one, this list takes absolute joy in the people, the regions and the ever-changing moods of wine whether it be on the Mornington Peninsula, the rest of the country or the world. You see it in each wine listing which includes the name of the winemaker, in the photos sprinkled throughout, the memories shared; lovely personal touches all. At its core, this is essentially an outlet for the vineyard's own wines. But, as the introduction says, they are placed into context by what follows. Many will be happy to explore the wines by the glass but should you look further, the selections from France and Italy excel.

Explore the latest news and updates for the awards, events and industry specific news. Contact us: awards@winelistoftheyear.com.

Download Media Release HERE  According to Chair of Judges Peter Forrestal – “It’s a story for the ages: a great restaurant and an astounding wine list that have evolved from the ashes of a 2018 fire which closed the venue for 18 months. Owners Martin and Karen Spedding, chef Adam Sanderson and sommelier Xavier Vigier all […]

To acknowledge the really challenging time our finest restaurants, hotels, pubs, clubs and wine bars are experiencing right now across Australia, the closing date for voting in the ‘Australia’s Choice’ consumer choice award has been extended. Give your customers the opportunity to support you by voting for you for Australia’s Best Wine List, in conjunction […]

Given the latest advice from Government, we have met with our partners Qantas Magazine / Travel Insider and our venue provider 12-Micron at Barangaroo and as a result we are happy to advise a revised date of Monday 29 November for this year’s event and awards ceremony. This is wonderful news for all involved in […]

Qantas magazine and Travel Insider, an official partner of the AWLOTY Awards, is the leading destination for travel content in Australia. It is not only a celebration of travel and all that it offers but also an insider’s guide to the best experiences in Australia and overseas. The partnership with AWLOTY is an opportunity to recognise Australia’s best wine lists and share the restaurants that are excelling with a very premium audience.