The judges have voted and Australia’s best wine list of 2009 is to be found within the soaring walls of Sydney’s Rockpool Bar & Grill, the grandest ‘steakhouse’ this nation has ever seen and the visionary creation of Neil Perry and his partners, Trish Richards and passionate wine collector, David Doyle.

Rockpool Bar & Grill was declared the best of the best at the 2009 Australia’s Wine List of the Year Awards presented last night at Studio Twenty4 in Sydney’s Walsh Bay by key partners, leading wine distributor, Fine Wine Partners and Gourmet Traveller WINE magazine together with sponsors Acqua Panna, S.Pellegrino and Riedel. The Awards which set the benchmark nationally, have been running since 1994 and seek to reward the passion and enormous time and resources required to develop quality wine lists.

The world class Rockpool Bar &Grill list, presented in two volumes; one for white wines and one for red, has an incredible range of wines including rare collector’s wines worth tens of thousands of dollars. The wine team’s work was acknowledged with head sommelier, Sophie Otton receiving the Judy Hirst Award.

Presenting partners, Fine Wine Partners and Gourmet Traveller WINE were delighted to see a significant increase in entries for this year’s Awards. “We were thrilled given the challenges of the current economic climate to see this growth and to see standards remaining so high,” commented Judy Sarris, editor, Gourmet Traveller WINE. Rob Hirst, Chairman of Fine Wine Partners, added, “As our National and International judges acknowledge Australia’s best wine lists are now world class and it is great that they are able to be recognised and rewarded here.”

2008 national winner, Taxi Dining joined Aria, Forty One, Asiana, Circa, the Prince, Syracuse, Walters Wine Bar in the Hall of Fame together with three time winners Royal Sydney Yacht Squadron, Healesville Hotel and Friends. For the first time, wine lovers were invited to vote for the list that impressed them most, with the inaugural Gourmet Traveller WINE Readers’ Choice Award being presented to Wildfire.

Fittingly, guests at the presentation were served an exceptional ‘list’ of wines with a choice from Brokenwood, Capel Vale, Henschke, Mitchelton, Petaluma, Rumball, Tatachilla, Villa Maria, Wither Hills with Mac’s Beer and Acqua Panna and S.Pellegrino water, all served in fine Riedel glassware.

The winner of Australia’s Wine List of the Year receives a return trip for two to Paris or London with the opportunity to visit some of the world’s most famous wine and spirit houses. The Judy Hirst Award winner receives a specially engraved Riedel Decanter and all State and Category winners receive handcrafted connoisseurs champagne coolers from France and framed Award Certificates.

The 19 Australian and 8 International Judges utilize judging criteria for Australia’s Wine List of the Year that consists of 5 parts: – content, balance, pricing, suitability and presentation, with the quality of the wines on the list being key to success.

Restaurant & Catering Australia (R&CA) is the national industry association representing the interests of over 45,000 restaurants, cafes and catering businesses across Australia. R&CA delivers tangible outcomes to small businesses within the hospitality industry by influencing the policy decisions and regulations that impact the sector’s operating environment. 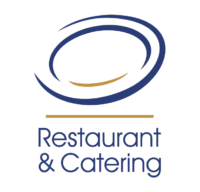