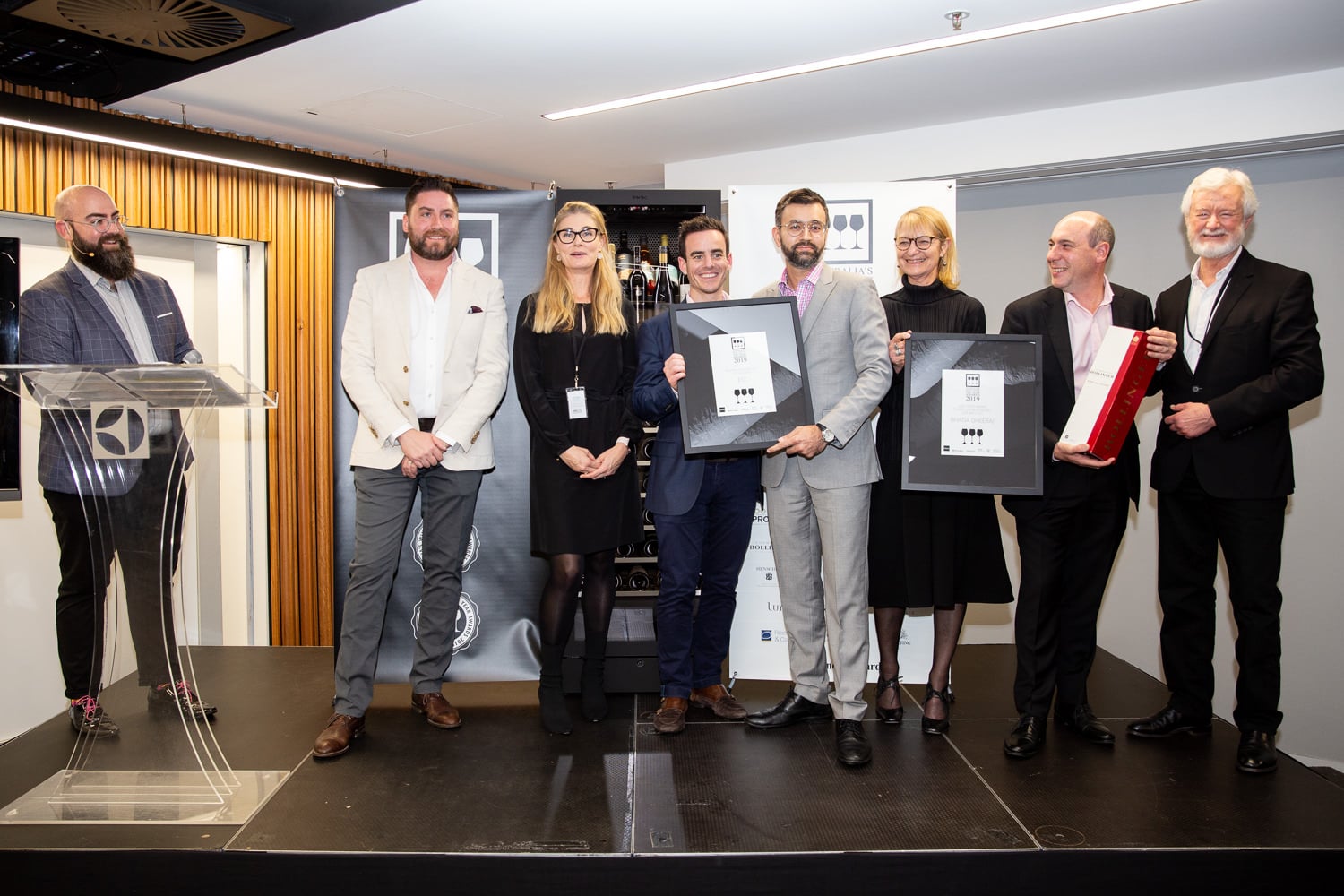 According to the awards Chairman of Judges Peter Forrestal, the key to est’s win this year is its consistency and quality over the past decade. “Since 2009, est has been a finalist in the Awards – placed in the top six – and it has previously been within a hair’s breadth of winning. The list owes much to the work of Franck Moreau MS and Merivale sommeliers, Emmanuel Cadieu, Jean Charles Mahe and Adrian Filiuta MS who have worked over the years to refine the cellar so that a superlative international and Australian collection is more clearly focused and each bottle demands its place.”

Bhatia Dheeraj who is charged with the responsibility of presenting the list and ensuring it evolves as a worthy winner of the 2019 Australia’s Wine List of the Year, first honed his skills at Raffles Hotel Singapore and three Michelin starred Robuchon au Dome in Macau before arriving in Australia.

In an interesting loop the very first winner of Australia’s Wine List of the Year Awards was Cicada in 1994 – a restaurant created by long-time est chef Peter Doyle who recently moved into a mentoring role for the Merivale group.

Under the guidance of Moreau MS another of his team also won a national award. Best Hotel Restaurant Wine List was awarded to Berts at the Newport Arms Hotel – the list curated by Andres Aragon Perez.  Enabling a growing number of sommeliers around the country to further their careers, Moreau MS was the first sommelier living and working in Australia to be awarded the title of Master Sommelier in 2011. Since then he has been instrumental in facilitating the acclaimed Court of Master Sommeliers education programme in Australia.

Brian Julyan MS, founder and president of the Court of Master Sommeliers and the International Co-Chair of Australia’s Wine List of the Year Awards acknowledges the world standard of Australia’s lists today. The judging panel, a 34-strong group of highly respected local and international judges, includes Master Sommeliers, Masters of Wine, wine judges, educators, commentators and previous award winners. “It is the nature, calibre and global recognition and respect of these independent judges that sets these Awards apart,” says award founder Rob Hirst.

Launched in 1993 by Rob and Judy Hirst and Tucker Seabrook, Australia’s Wine List of the Year Awards were created to recognise and reward the hard work and talent of sommeliers as well as the enormous investment in time and resources by business owners to develop quality wine lists and cellars.

Hirst reported a record year for entries again. “The most popular award category this year remains Best Wine by the Glass, with preservation technology such as Coravin making this a perfect vehicle for offering premium wines to consumers. This was followed again by Best Matching of Food and Wine –reflecting the ever-closer liaison between sommeliers and chefs. Showing both consumer interest and sommelier desire to showcase the beauty of Australian wines, it was pleasing to see the strength of both Best Listing of Australian Wines and Best Listing of a Regions Wines categories this year.”

Awards Consumer Media Partner for the last decade, Judy Sarris, Editor of Gourmet Traveller WINE salutes Australia’s sommeliers. “We have watched as, over the years, the best wine lists have evolved magnificently, allowing us to take all manner of vinous adventures. At the same time, these lists give us a fascinating indication of trends among drinkers and winemakers alike. Australian sommeliers can be proud of all they have achieved.”

“The Drinks Association is thrilled to support Australia’s Wine List of Year,”said CEO Georgia Lennon. “As the Trade Communications Partner of the event, we look forward to featuring the winners in our magazine, Drinks Trade.  Drinks Trade is the go-to publication for Australia’s on and off-trade and keeping them informed is key to its success. These awards are a valuable acknowledgement of the amazing talent in our industry and I congratulate all the winners.”

Australia’s Wine List of the Year Awards would like to thank Key Media Partners Gourmet Traveller WINE and Drinks Association, Major Partners Riedel glassware, Vintec wine cabinets and Wine Australia as well as all other Award Partners and supporters who make the awards possible.

Winners will be listed at winelistoftheyear.com.au and gourmettravellerwine.com after 6:30pm on July 22nd and published in the Aug/Sept 2019 Gourmet Traveller WINE magazine.

FOR INTERVIEWS, FURTHER INFORMATION AND IMAGES:

ALL WINNERS – AUSTRALIA’S WINE LIST OF THE YEAR AWARDS 2019

In partnership with Gourmet Traveller WINE and the drinks Association

NATIONAL CLASS OF TRADE OR CATEGORY

Best List Of Wine By The Glass– Bentley, NSW